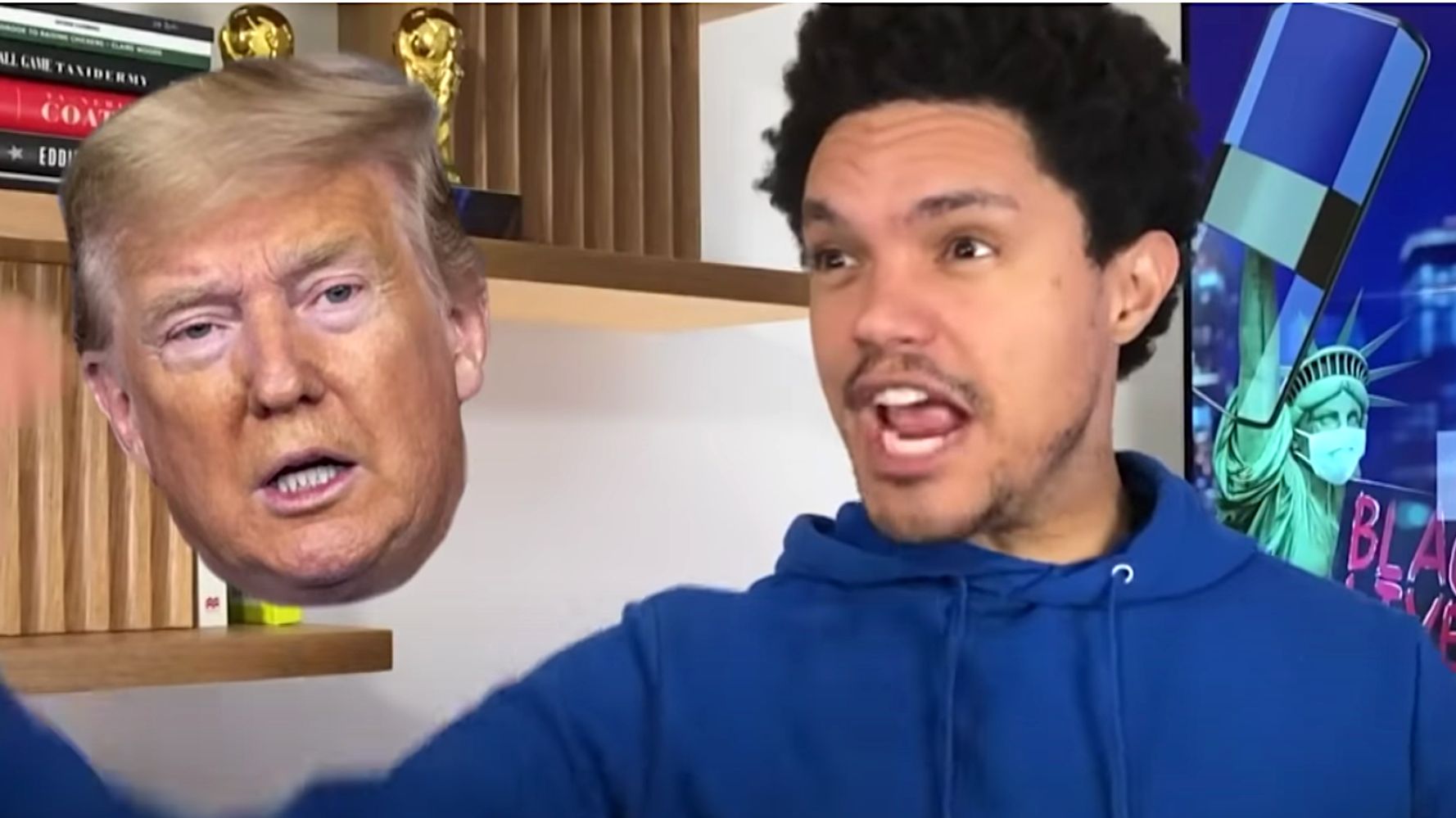 “Trevor Noah on Wednesday fired an icy blast at President Donald Trump after his Omaha, Nebraska, campaign rally stranded hundreds in freezing temperatures. Shuttle buses arranged by the president’s reelection campaign got stuck in traffic, leaving followers shiverring for hours. Some were taken to the hospital. “Every day there’s another way that you can die from going to a Trump rally,” “The Daily Show” host said. (Guarda il monologo qui sotto.) “First you can get corona. Now you can get hypothermia? By the end of the weekend Trump is just gonna be tossing snakes out in the crowd.” Noah then slithered into his Trump impression: “Free cobras everybody! Free cobras and anacondas. You won’t get that from Sleepy Joe. Take that, mama. It bites!” Here’s the whole segment: