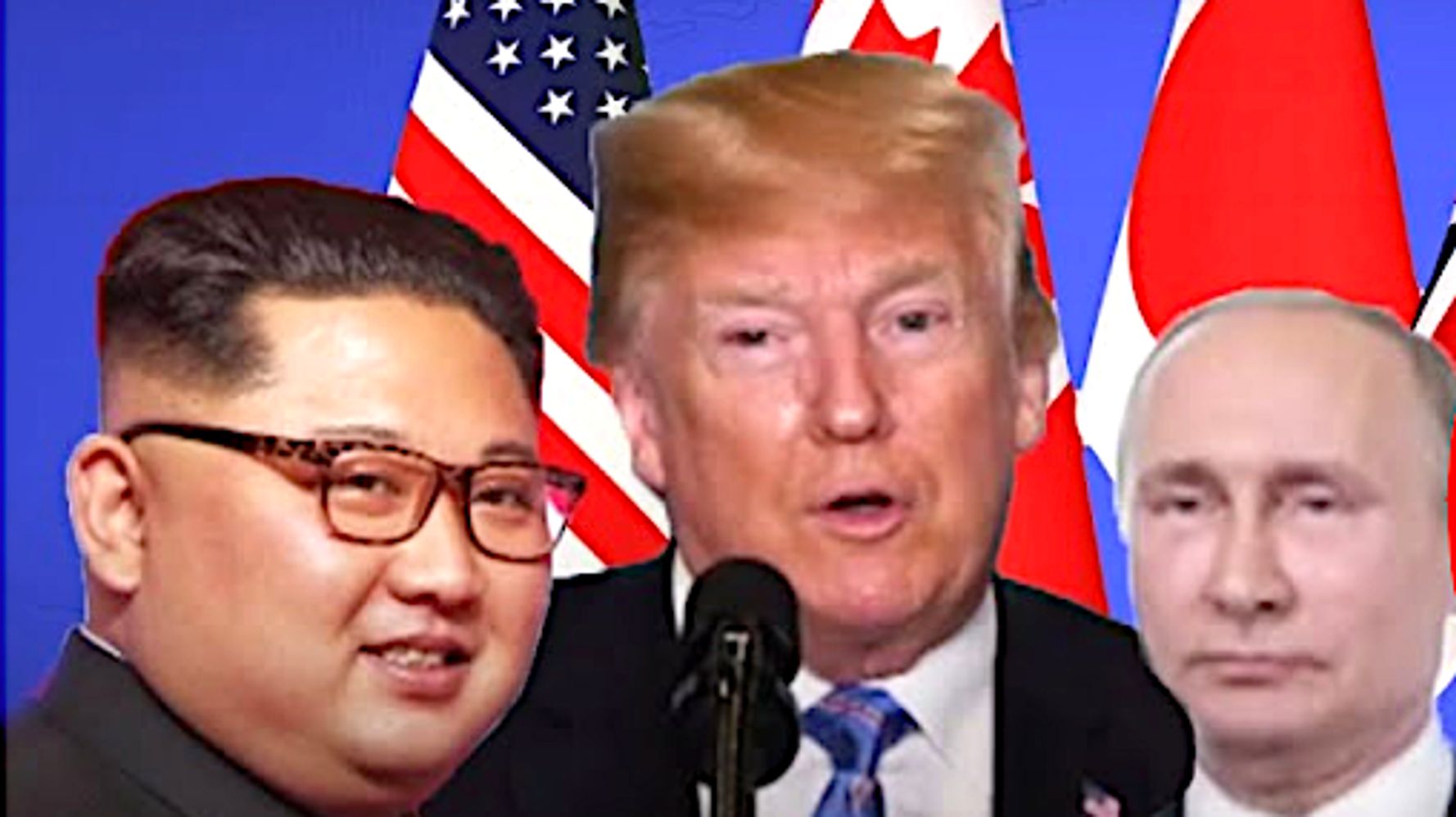 “Trevor Noah took a trip down memory lane recalling President Donald Trump’s meetings abroad ― and it wasn’t a pleasant journey. In the video below posted Tuesday by “The Daily Show,” the host recounted the president’s greatest hits of botched diplomacy. Watch Trump disrespect Queen Elizabeth and kiss up to North Korean dictator Kim Jong Un. “There’s a big gap between being civil with a person and endorsing the Freddy Krueger of human rights,” Noah snarked at the time. Remember when Trump believed Russian President Vladimir Putin and not his own government about Russian meddling in the U.S. 选举? “This is what you get when you put a KGB agent against a KFC agent,” Noah joked. Viewers can also relive the time Trump’s behavior prompted world leaders like Canadian Prime Minister Justin Trudeau, British Prime Minister Boris Johnson and French President Emmanuel Macron to mock him privately over cocktails at a NATO summit. “先生. President, you shouldn’t be in a place where people are gonna laugh at you behind your back,” Noah said. “You get on Air Force One and you fly straight back home where we promise you we will laugh at you to your face.”