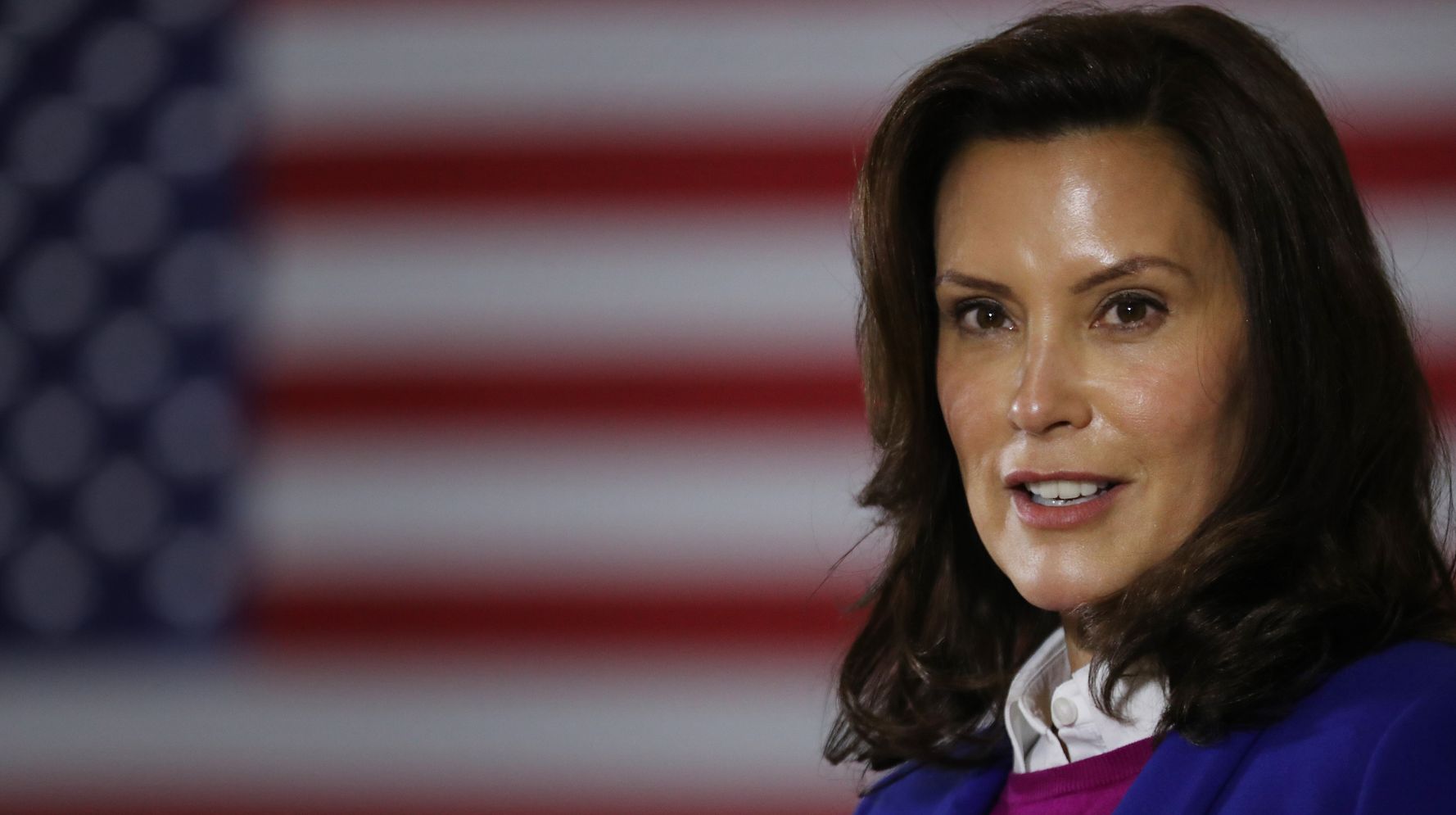 “President Donald Trump and his campaign on Sunday doubled down on their attacks against Michigan’s Democratic Gov. Gretchen Whitmer, who was the target of an alleged kidnapping plot involving some of the president’s militant supporters. The campaign tweeted a conspiracy theory Sunday suggesting that Whitmer encouraged “assassination attempts against President Trump” by displaying a sign that said “86 45” in the background of her Sunday interview on NBC’s “Meet the Press.” The tweet argued that “86” is shorthand for killing someone. A second tweet cited Wikipedia and Urban Dictionary as sources for its theory. The president’s campaign is inciting violence against an elected official who was just the victim of a kidnapping/assassination plot hatched by his supporters. Completely insane. pic.twitter.com/qknzESADqz— Aaron Rupar (@atrupar) October 18, 2020 The Merriam-Webster dictionary said that “86” is a slang term in the food industry that can mean either to refuse service to a customer or to “get rid of” or “throw out” an item. The definition does not mention killing as a meaning for the term. “The silly season is officially here. It’s pretty clear nobody in the Trump campaign has ever worked a food service job,” Bobby Leddy, Whitmer’s campaign spokesperson, told HuffPost in a statement. “Here’s the bottom line: The president is not only a superspreader of COVID-19, he is also a superspreader of hate and fear. His divisive rhetoric needs to stop, and we need a president who will bring Americans together to defeat COVID-19.” The Trump campaign tweet comes one day after the president attacked the Democratic governor at a rally in Muskegon, Michigan. The crowd chanted, “Lock her up!” in response to Trump’s rhetoric. “You gotta get your governor to open up your state,” Trump told rallygoers Saturday. “And get your schools open, get your schools open. The schools have to be open, right?” In response to the crowd’s chants, Trump smiled and and added, “Lock ’em all up.” Lara Trump — the president’s daughter-in-law, who works as a campaign adviser — said Sunday that Donald Trump was merely “having fun” at his rally and that the calls had “nothing to do with” the recent alleged kidnapping plot aimed at Whitmer. The President mentions the Governor of Michigan, the crowd chants lock her up, and the President says lock them all up pic.twitter.com/9wuB7blnoP— Acyn Torabi (@Acyn) October 17, 2020 Trump attacks against Whitmer continued even after several members of a Michigan far-right paramilitary group were arrested last week and charged with plotting to kidnap the governor in response to business restrictions and safety measures she implemented to help stop the spread of COVID-19. The Trump-supporting extremists considered the restrictions to be an overreach of power and discussed other violent actions, such as taking hostages, overthrowing the state government and kidnapping Democratic Virginia Gov. Ralph Northam as well, according to an FBI affidavit. Trump tweeted “LIBERATE MICHIGAN” in April as a response to the state’s COVID-19 restrictions. After the arrests, Whitmer attacked Trump for encouraging violence with his apparent support of extremist and hate groups. Whitmer on Saturday demanded that Trump stop inciting violence against her, tweeting that the attack at his rally was “exactly the rhetoric that has put me, my family and other government officials’ lives in danger.” WATCH: Trump’s supporters chant “lock her up” at Mich. rally.@GovWhitmer: “Ten days after a plot to kidnap, put me on trial and execute me. Ten days after that was uncovered, the president is at it again. And inspiring and incentivizing and inciting … domestic terrorism.” pic.twitter.com/ipN3xvEbQ7— Meet the Press (@MeetThePress) October 18, 2020 “Ten days after a plot to kidnap, put me on trial and execute me. Ten days after that was uncovered, the president is at it again and inspiring and incentivizing … this kind of domestic terrorism,” Whitmer told NBC’s Chuck Todd “Meet the Press” Sunday. “It is wrong. It’s got to end. It is dangerous, not just for me and my family, but for public servants everywhere who are doing their jobs and trying to protect their fellow Americans.” She added: “People of good will on both sides of the aisle need to step up and call this out and bring the heat down. This is the United States of America. We do not tolerate actions like he is giving comfort to.”