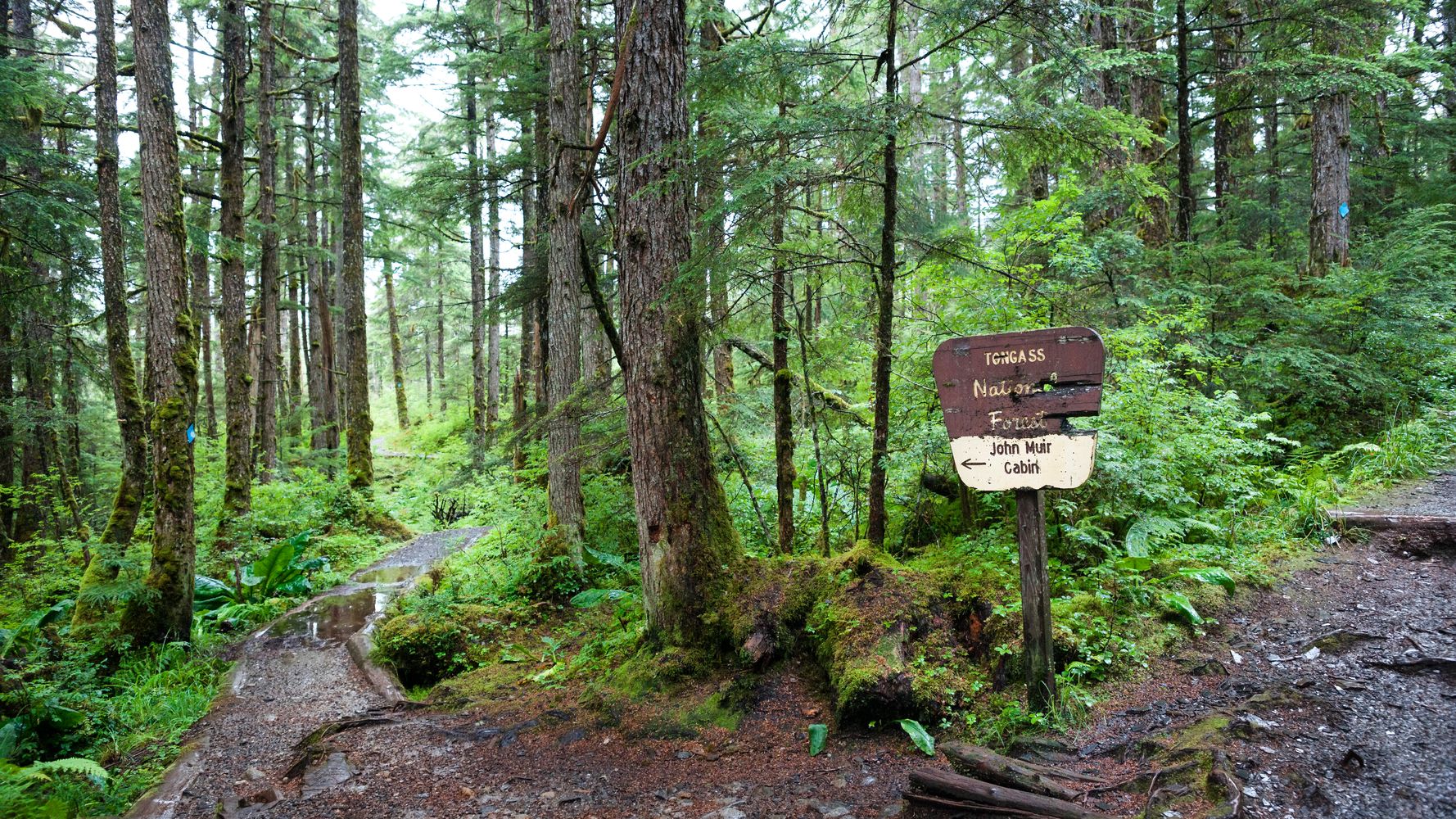 “The Trump administration on Wednesday moved to open Alaska’s Tongass National Forest — the world’s largest intact temperate rainforest — to logging and other development, obliterating protections for a national forest that President Theodore Roosevelt established more than a century ago. The move highlights the absurdity of the administration’s repeated claims that its own conservation record somehow stacks up to that of Roosevelt, America’s conservation president who established America’s system of national parks, refuges and forests in the early 1900s. At the very top of the Interior Department’s list of priorities is to “create a conservation stewardship legacy second only to Teddy Roosevelt.” And President Donald Trump and his team have repeatedly invoked the late president in an effort to greenwash their clear record of prioritizing energy development over species and habitat conservation. “He has done more for the American Outdoorsmen than any President since Roosevelt,” the president’s son Donald Trump Jr. wrote in a recent Twitter post. The latest rollback, detailed in a notice posted Wednesday, targets part of Roosevelt’s legacy. Roosevelt established Tongass as a protected national forest in 1907, and later expanded it to its current 16.7 million acre footprint. In 2001, President Bill Clinton signed into law the so-called “roadless rule,” which prohibited building roads and harvesting timber on 58.5 million acres of national forest lands, including more than 9 million acres of Tongass. The U.S Forest Service’s decision Wednesday exempts Tongass from the roadless rule, lifting those Clinton-era logging restrictions across 9.3 million acres and reclassifying 188,000 acres as immediately suitable for timber harvest. In its final rule, the government states that the change will result in a “modest difference in potential environmental consequences.” wanderluster via Getty Images Signage to Muir’s cabin on Auk Nu Trail in the Tongass National Forest at the fork of two dirt paths leading past mossy trees and logs on a rainy day in Juneau, Alaska. Often referred to as “America’s Amazon,” Tongass is home to millions of old-growth trees and sequesters approximately 8% of the total carbon stored in forests in the Lower 48 state, according to the U.S. Department of Agriculture. Along with harming the ecosystem and many species that live there, environmentalists say slashing protections will hamper efforts to combat global climate change. As part of his 11th-hour greenwashing campaign, Trump has repeatedly highlighted his commitment to the international Trillion Trees Initiative ― even as his administration continued working to boost domestic logging and dismantle public lands protections. Adam Kolton, executive director of the Alaska Wilderness League, called Wednesday’s decision on Tongass “a calamity for our climate, for wildlife and for the outdoor recreation economy of Southeast Alaska.” “Stewarded by the Tlingit, Haida and Tsimshian peoples for millennia, and set aside as a national forest by President Roosevelt in 1907, the Tongass is America’s Amazon,” he said in a statement. “Its lush islands, towering trees, glacial fjords and estuaries support some of the highest concentrations of bald eagles, brown bears and wild salmon anywhere in the world. Taking an axe to old-growth protections for the Tongass is among the most reckless and irresponsible of the Trump administration’s environmental rollbacks.” Whereas Roosevelt protected over 230 million acres of federal land, Trump has weakened or is in the process of rolling back safeguards for nearly 35 million federal acres, an area roughly the size of Florida. That included carving more than 2 million acres from a pair of protected national monuments in Utah ― Bears Ears and Grand Staircase-Escalante ― the largest rollback of national monuments in U.S. geskiedenis. Those sites were established under the Antiquities Act, a 1906 law signed by Roosevelt and used by more than a dozen presidents to designate more than 150 national monuments. Trump has argued that recent presidents have abused the Antiquities Act to “lock up” federal lands and waters. “I can think of many better ways to mold yourself in Teddy Roosevelt’s image than by spending your first term unwinding his conservation legacy millions of acres at a time,” Kate Kelly, public lands director at the Center for American Progress and a former Interior Department official during the Obama administration, said via email Wednesday. “The irony of President Trump comparing himself to Roosevelt — or any conservationist, for that matter — is beyond rich.”