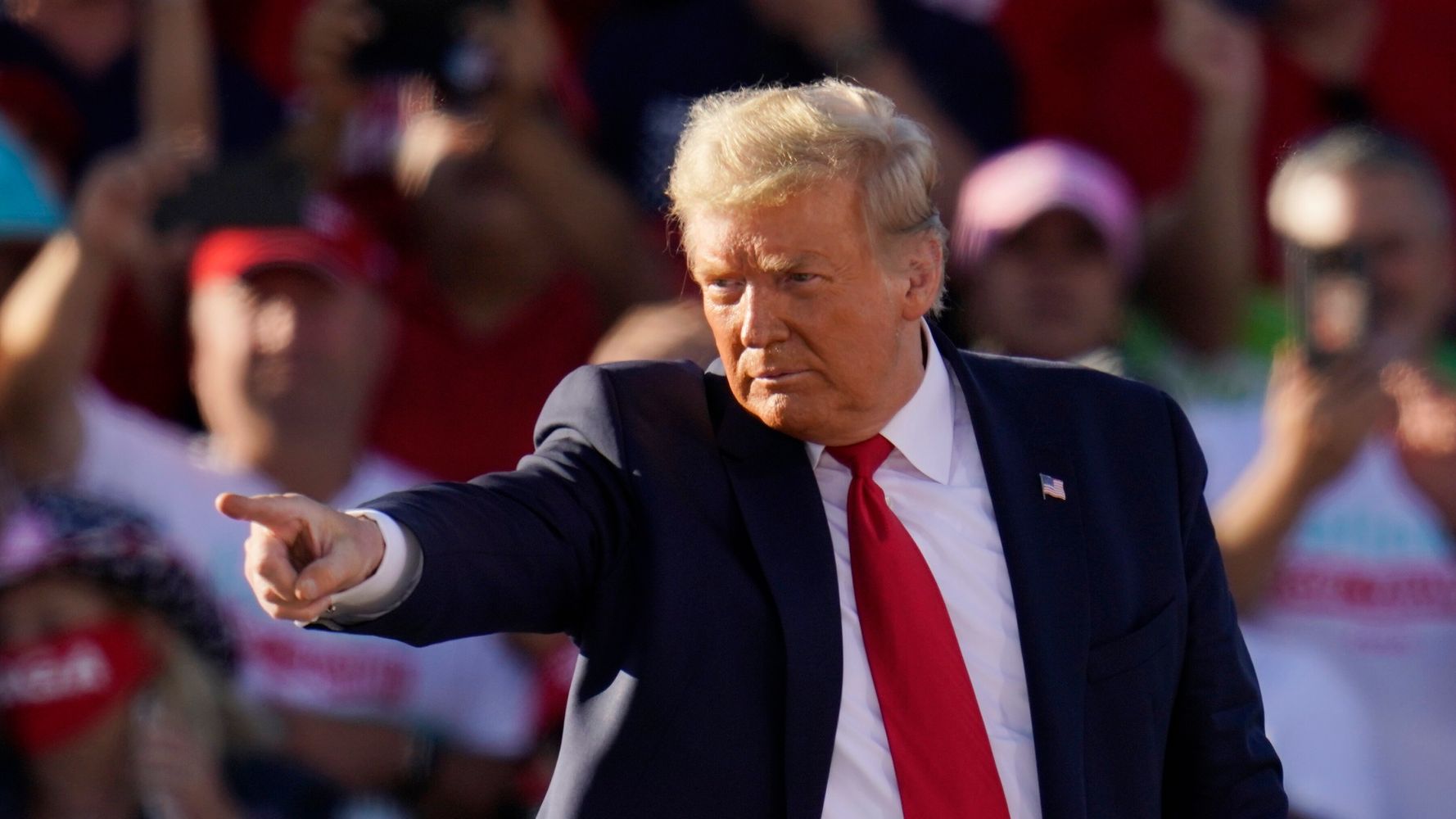 “DETROIT (美联社) — President Donald Trump summoned Michigan’s Republican legislative leaders to the White House for an extraordinary meeting Friday amid a longshot GOP push to subvert the democratic process that handed the battleground state to Democrat Joe Biden. Two people familiar with the matter told The Associated Press that Trump invited Senate Majority Leader Mike Shirkey and House Speaker Lee Chatfield. They agreed to go, according to a state official aware of the leaders’ plans. The two officials spoke on the condition of anonymity because they were discussing private conversations. It was not immediately clear what the meeting would be about. Neither Shirkey nor Chatfield commented. The Legislature would be called to select electors if Trump succeeds in convincing the state’s board of canvassers not to certify Biden’s 153,000-vote victory in the state. Both Shirkey and Chatfield have indicated they will not try to overturn Biden’s win. “Michigan law does not include a provision for the Legislature to directly select electors or to award electors to anyone other than the person who received the most votes,” Shirkey’s spokeswoman said last week. Also Thursday, state officials said Michigan’s largest county cannot revoke its certification of election results after two Republicans who approved Biden’s local landslide wanted to revert to their initial stance of refusing to bless the vote tally. The GOP effort to change position represented another complication in what is typically a routine task. Monica Palmer and William Hartmann, the two Republican canvassers in Wayne County, said they only voted to certify the results after “hours of sustained pressure” and after getting promises that their concerns about the election would be investigated. “We deserve better — but more importantly, the American people deserve better — than to be forced to accept an outcome achieved through intimidation, deception and threats of violence,” they said in a statement Wednesday night. “Wayne County voters need to have full confidence in this process.” State officials said the certification of the Detroit-area vote will stand. Michigan’s chief election officer said a post-election audit will be performed, though not to check “mythical allegations” of fraud. “There is no legal mechanism for them to rescind their vote. Their job is done, and the next step in the process is for the Board of State Canvassers to meet and certify,” said Tracy Wimmer, a spokeswoman for the Michigan secretary of state. The four-member state board, which is expected to meet Monday, is split with two Democrats and two Republicans — the same makeup as the Wayne County board. Trump’s campaign says the latest about-face by Palmer and Hartmann is legitimate. It withdrew a federal lawsuit challenging the Detroit-area results, attaching affidavits from the pair. Palmer and Hartmann initially voted against certification Tuesday, leaving the county Board of Canvassers deadlocked at 2-2 along party lines. Palmer complained that certain Detroit precincts were out of balance, meaning that absentee ballot books did not match the number of ballots cast. “This is not an indication that any votes were improperly cast or counted,” Secretary of State Jocelyn Benson said. ASSOCIATED PRESS FILE – In this May 6, 2020, file photo, Michigan Republican Senate Majority Leader Mike Shirkey, left, and Republican House Speaker Lee Chatfield announce a lawsuit to combat the coronavirus pandemic orders at the Capitol building in Lansing, Mich. President Donald Trump summoned Michigan’s Republican legislative leaders to the White House for a meeting Friday, 十一月. 20, amid a GOP push to overturn the certification of Democrat Joe Biden’s victory in the battleground state. (AP Photo/David Eggert, File) The GOP move drew an immediate rebuke from the public and injected partisan politics into the business of an unsung panel that is supposed to confirm the will of the voters. A person familiar with the matter told the AP that Trump reached out to Palmer and Hartmann on Tuesday evening after the revised vote to express gratitude for their support. In a statement, the pair reported being the target of threats, which they said they reported to law enforcement. Trump “was checking to make sure I was safe after seeing/hearing about the threats and doxxing,” Palmer said in a text message to the Detroit Free Press, referring to the practice of publicly disclosing someone’s personal information. Biden crushed Trump in Wayne County by a more than 2-1 margin on his way to winning Michigan by 153,000 votes, according to unofficial results. His victory reversed Trump’s 2016 gains in the industrial Midwest and put the Democrat on the path to achieving the 270 Electoral College votes needed to win the White House. The county canvassers later voted again and certified the results, 4-0. Then, on Wednesday, Palmer and Hartmann signed affidavits saying they believe the vote should not be certified. Jonathan Kinloch, a Democratic canvasser, said he heard passion — not threats — during the stormy Tuesday night meeting when the audience on Zoom was allowed to speak after the 2-2 tie and before the unanimous vote. “I heard people basically being very assertive in demonstrating their outrage, 但它一直在发生,” Kinloch said. “This was a very important meeting to the city, the county, and it impacted a lot of folks.” Benson, 民主党人, said a post-election audit will be conducted in Wayne County and any other community with “significant clerical errors.” “Audits are neither designed to address nor performed in response to false or mythical allegations of ‘irregularities’ that have no basis in fact,“ 她说. There has been no evidence of widespread voting fraud in Michigan or any other state. Federal and state officials from both parties have declared the 2020 election safe and secure. But Trump and his allies have spent two weeks raising false claims of fraud and refusing to concede to Biden. ___ Eggert reported from Lansing and Miller from Washington.