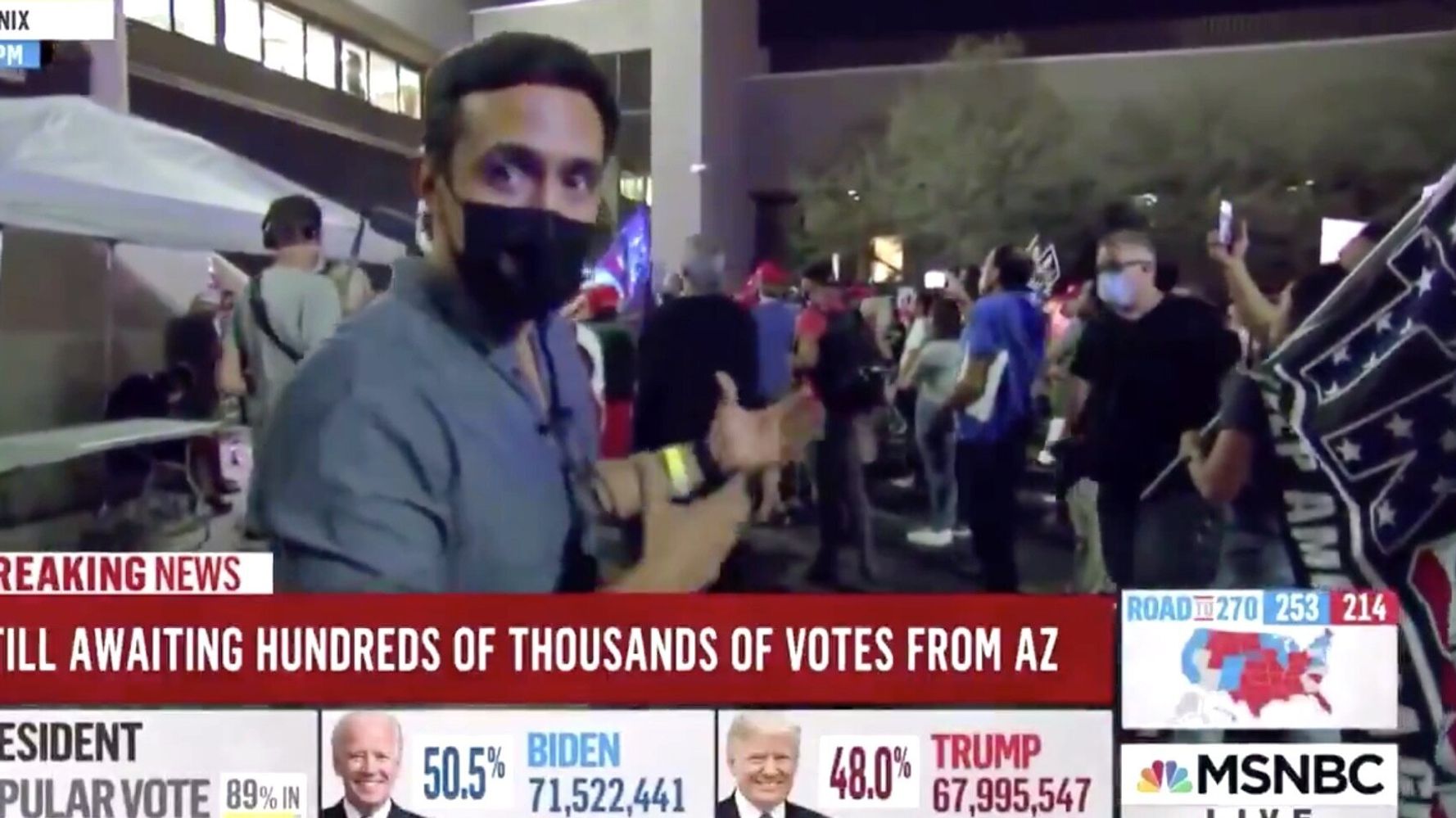 “Some of President Donald Trump’s supporters turned on Fox News in an unexpected scene Wednesday in Arizona. Unhappy that the network had called the state late Tuesday for Democratic presidential candidate Joe Biden, the Trump supporters in Phoenix chanted “Fox News Sucks.” “They’re actually chanting Fox News Sucks” pic.twitter.com/XqfiHln6Mt— Acyn Torabi (@Acyn) November 5, 2020 Trump supporters ― egged on by the president ― have been gathering outside election offices in multiple states in an effort to interfere with vote counting. Some of the angriest crowds have been in Arizona, fueled by debunked rumors over ballots as well as the early call by Fox News. Pro-Trump protests: Arizona vs. Michigan: pic.twitter.com/ctyIop97gf— The Recount (@therecount) November 5, 2020 Fox News was once the president’s favorite network, and he is still known to watch and call into shows such as “Fox & Friends” and “Hannity.” However, he has also grown unhappy with the network as well, openly grousing about its polling and complaining on Twitter when Fox News hosts interview Democrats. Over the summer, he even suggested switching the channel… but based on his subsequent tweets and regular appearances on the network, he hasn’t actually done so.