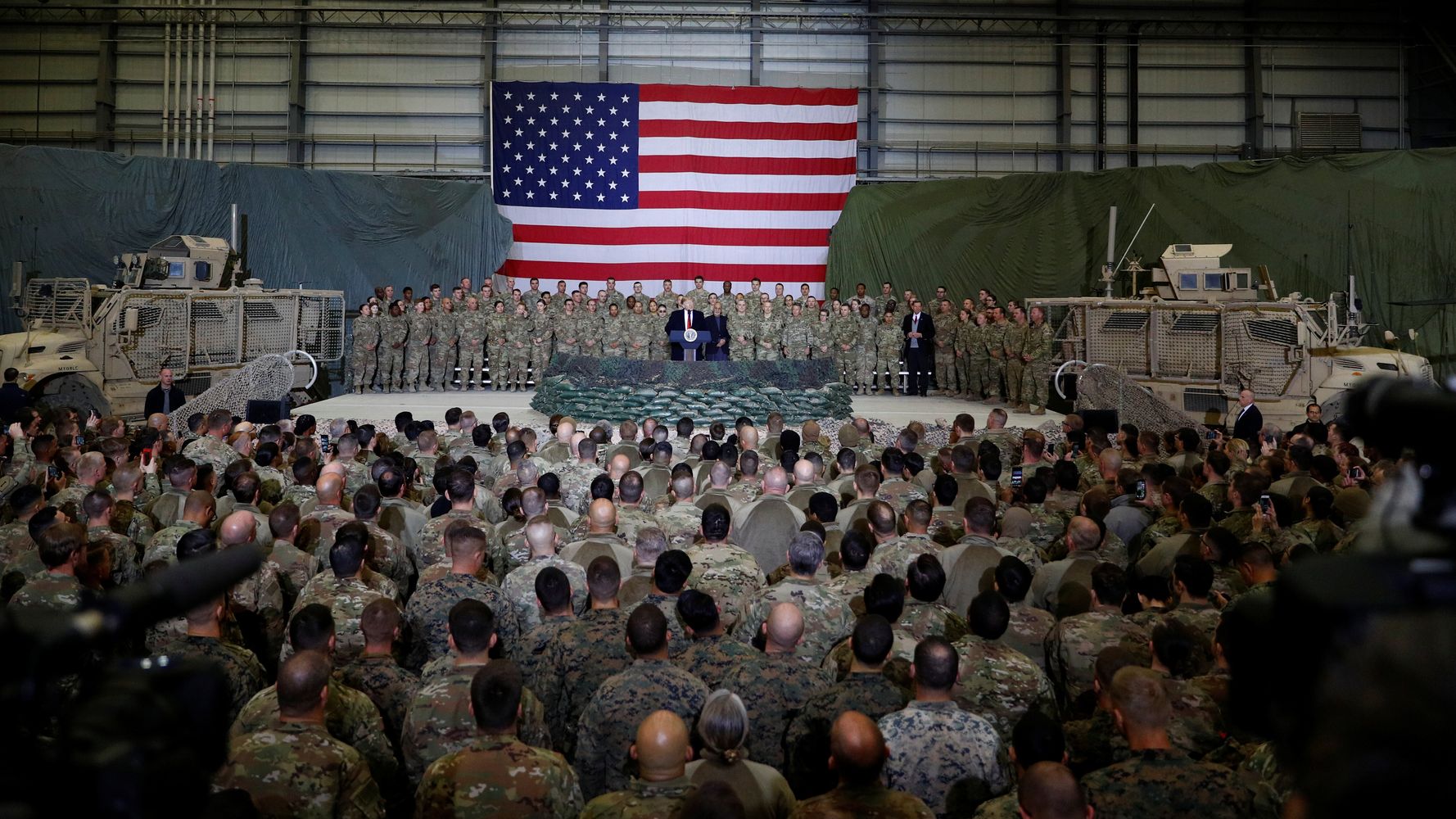 “WASHINGTON ― The commander in chief who reportedly called U.S. troops “suckers” and “losers” is now pushing a ballot-counting policy that could disenfranchise tens of thousands, if not hundreds of thousands, of American service members who are voting from overseas. President Donald Trump, in social media posts and remarks, is demanding that all ballots be counted by election night, even though federal law permits states to count ballots from troops stationed outside the United States, diplomats and other Americans abroad to have their ballots counted days later, as long as they were sent no later than Election Day. In Trump’s new home state of Florida, the deadline for this election is Nov. 13. So, for example, his attempt to skew the counting in his favor could prevent service members deployed overseas from the Naval Air Station in Jacksonville or from Southern Command headquarters in Doral from having their votes matter. “Trump simply never thinks of the military in his decisions. They just don’t matter to him,” said Fred Wellman, a retired Army helicopter pilot who now works with the anti-Trump Lincoln Project. “Thousands of ballots are inbound from around the world, and if Trump gets his way they won’t even be counted at all. It’s un-American and yet another failure to act as a competent and decent commander in chief because they are simply props for his ego.” This is unsurprising. It’s just solely about him. The soldiers, sailors and Marines don’t matter. The foreign service officers don’t matter. Mac Stipanovich, Republican strategist In a statement posted Monday ― and which was flagged by Twitter for being misleading ― Trump wrote: “Big problems and discrepancies with Mail In Ballots all over the USA. Must have final total on November 3rd.” At a Las Vegas news conference Wednesday, Trump against insisted that all counting stop by the end of Election Day: “Hopefully the few states remaining that want to take a lot of time after Nov. 3 to count ballots, that won’t be allowed by the various courts.” Neither White House press secretary Kayleigh McEnany nor the Trump campaign responded to HuffPost’s queries about the effect Trump’s demand could have on military ballots. According to the Federal Voting Assistance Program, there are 4.8 million U.S. citizens abroad, with nearly 3 million eligible to vote. Just under 1 million are members of the U.S. military. Because of the difficulties and delays inherent in sending and receiving mail internationally, the Uniformed and Overseas Citizens Absentee Voting Act was signed in 1986 to make sure such votes get counted by setting deadlines for how late ballots could be mailed to recipients overseas and permitting them to be counted if they arrived after Election Day. States likely to be pivotal next week have deadlines for receiving those ballots that range from Nov. 6 in Georgia to Nov. 9 in Texas to Nov. 12 in North Carolina to Nov. 17 in Michigan. Trump’s insistence on stopping the vote count on Nov. 3 would, if he succeeds, disqualify any ballot that arrived in those states after election night. Such ballots played a key role in the disputed 2000 presidential election, which was ultimately decided by the U.S. Supreme Court in favor of Republican George W. Bush. Democrats decided not to challenge overseas ballots, even knowing that most were probably for Bush, said longtime GOP strategist Mac Stipanovich, who worked for Bush during the Florida recount. Bush wound up winning by 537 votes in the crucial state. Rafiq Maqbool/ASSOCIATED PRESS A U.S. service member (left) checks a ballot before filling it out at a U.S. military base in Afghanistan on Oct. 15, 2008. U.S. soldiers, aid workers and military contractors overseas have been allowed extra time for their ballots to arrive at election offices in the U.S. Stipanovich said it was ironic that the leader of today’s Republican Party has no problem disenfranchising military personnel abroad. “Well, I guess they’re dumb-asses for going overseas,” he said, referring to a September article in The Atlantic reporting that Trump had called soldiers “suckers” and “losers” for risking their lives on behalf of the country. “This is unsurprising,” Stipanovich said. “It’s just solely about him. The soldiers, sailors and Marines don’t matter. The foreign service officers don’t matter.” Trump and his supporters have spoken openly about shutting down counting on election night, when many of them believe he will hold an apparent lead because some states count Election Day in-person votes before mailed ballots, which, depending on the state, can take many days to tabulate. Former top White House aide Stephen Bannon has pushed this strategy on his radio show because Trump has encouraged his supporters to vote in person on Election Day, while Democrats have been pushing advance voting. Supreme Court Justice Brett Kavanaugh, whom Trump appointed in 2018, appeared to support it in a recent concurring opinion in a case that blocked Wisconsin from counting mail-in ballots that arrive after Election Day, even if they are postmarked on or before Nov. 3. Kavanaugh said that blocking such ballots is necessary “to avoid the chaos and suspicions of impropriety that can ensue if thousands of absentee ballots flow in after Election Day and potentially flip the results of an election.” He added: “Those states also want to be able to definitively announce the results of the election on election night, or as soon as possible thereafter.” Neither assertion is backed up by historical fact or by case law, but both mirror Trump’s desire to end counting that night.