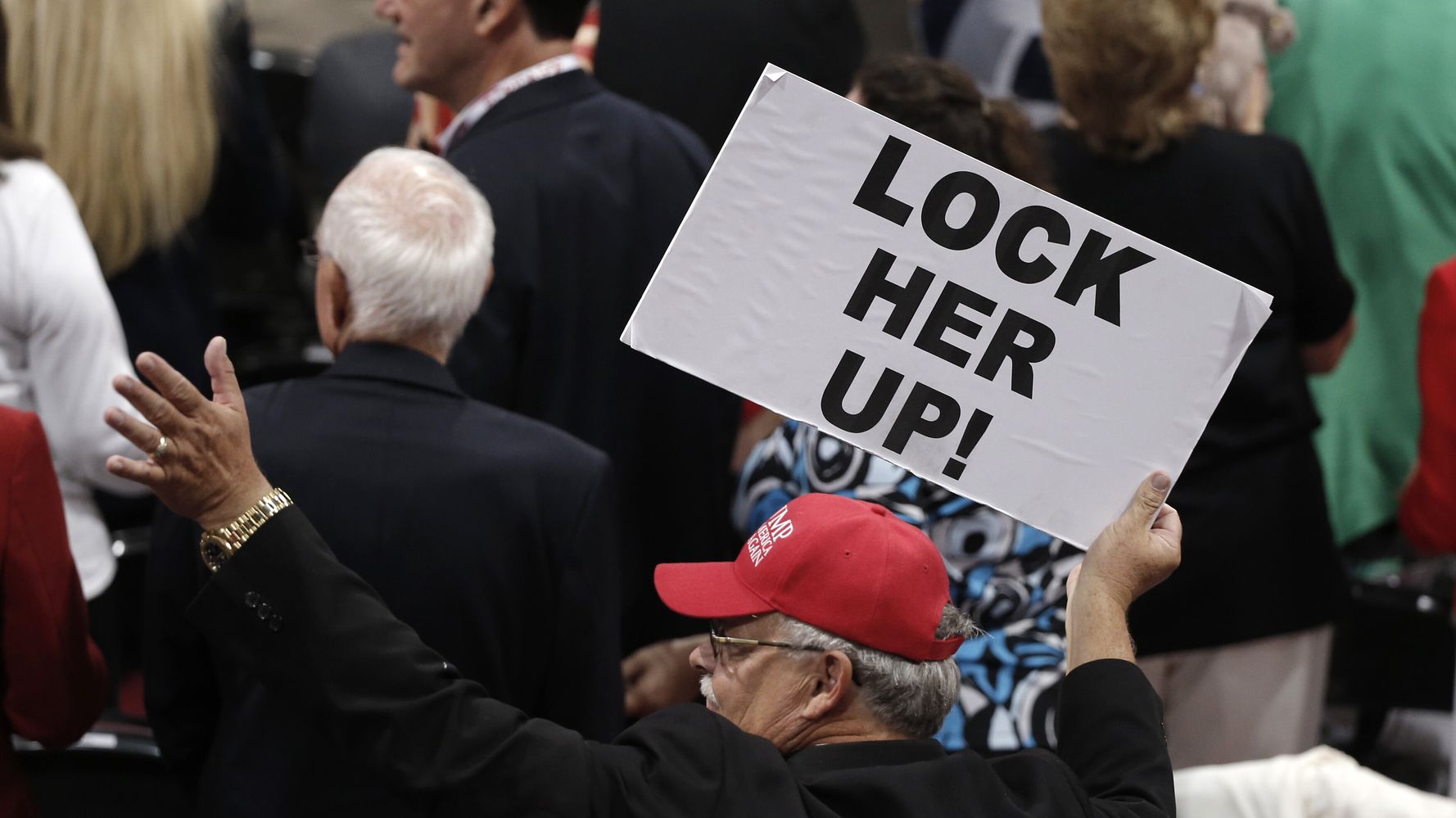 ““LOCK HER UP” began trending on Twitter on Thursday after Rep. Matt Gaetz (R-Fla.) tweeted that Democrats were obsessed with throwing President Donald Trump and his family in prison, seemingly forgetting that Trump had called for imprisoning his Democratic opponent Hillary Clinton during his 2016 presidential campaign. Gaetz — who raised eyebrows online last week by posting a series of inappropriate emojis in a reply to a photo tweeted by Tiffany Trump — highlighted a tweet by Rep. Bill Pascrell Jr. (D-N.J.) calling for the prosecution of Trump and outgoing members of his administration.  Pascrell, a vehement critic of Trump, argued that the president had committed “innumerable crimes” and needed to be investigated by the Department of Justice. “This is where we are now,” Gaetz wrote. “Disgusting.”  This is now the Left’s goal – throw President Trump, his administration officials, his family and his supporters in prison. This is where we are now. Disgusting. https://t.co/ryYHTjoBdr— Matt Gaetz (@mattgaetz) November 18, 2020 Gaetz’s rant quickly drew replies from those who remembered Trump’s insistent refrain in 2016 that Clinton should be imprisoned for her alleged misdoings as secretary of state under the Barack Obama administration. “Lock her up” became a common chant at Trump’s rallies at the time, and endured even after Trump won the election and claimed that he had only played up his threat against Clinton for show.   During Trump’s reelection campaign in September, supporters of the president switched the chant into “lock him up” after Trump insisted that Obama had been “caught spying on my campaign.” The three words have also been used against Dr. Anthony Fauci, whose public health advice has increasingly been at odds with Trump’s administration.  The crowd that made \”LOCK HER UP\” a thing needs to sit back, STFU, and watch while we actually LOCK HIM UP.OK, Rick? https://t.co/ybiEw3iNhP— BrooklynDad_Defiant! (@mmpadellan) November 19, 2020 … Trump’s campaign motto was literally chanting “lock her up” you sanctimonious swine. https://t.co/i1bZdWkeBZ— Dave Simon (@hairyhilarity) November 19, 2020 I’m so old, I remember chants of \”Lock her up! Lock her up!\” from Trump’s campaign. I remember Trump campaign rallies chanting to lock up Anthony Fauci. Fsck you, @mattgaetz, or as Trump calls you: Rick. https://t.co/yGTeaXGKxw— Karl W. Lewis 🏴‍☠️ (@TheKarlWLewis) November 19, 2020 More fucking proof that irony is dead from the LOCK HER UP crowd. https://t.co/Zg4voJwvTm— Holly Figueroa O’Reilly (@AynRandPaulRyan) November 19, 2020 Trump and his cult followers spent the past four years chanting “Lock Her Up” with no indictment or trial needed.Now they’ve got their panties in a bunch at the idea that Trump and his family be held accountable by investigation and lawful prosecution.pic.twitter.com/0c1JBCt7Py https://t.co/kU03lKwyN6— Keith Boykin (@keithboykin) November 19, 2020 After more than 4 years of \”Lock her Up!\”, Republicans are butt hurt over the prospect of Trump and his Administration possibly having to answer for their actions. Cry me a river.— W. M. (@Minuteman04) November 19, 2020 Notably, Chelsea Clinton tweeted on Sunday that even in 2020, Trump supporters were still gathering outside her parents’ house demanding that her mother be locked up. The former first daughter wrote that she hoped they were wearing masks.  There are Trump supporters outside my parents’ house shouting through megaphones “Lock Her Up,” and I just keep thinking, I hope they’re wearing masks and some day get over 2016.— Chelsea Clinton (@ChelseaClinton) November 15, 2020