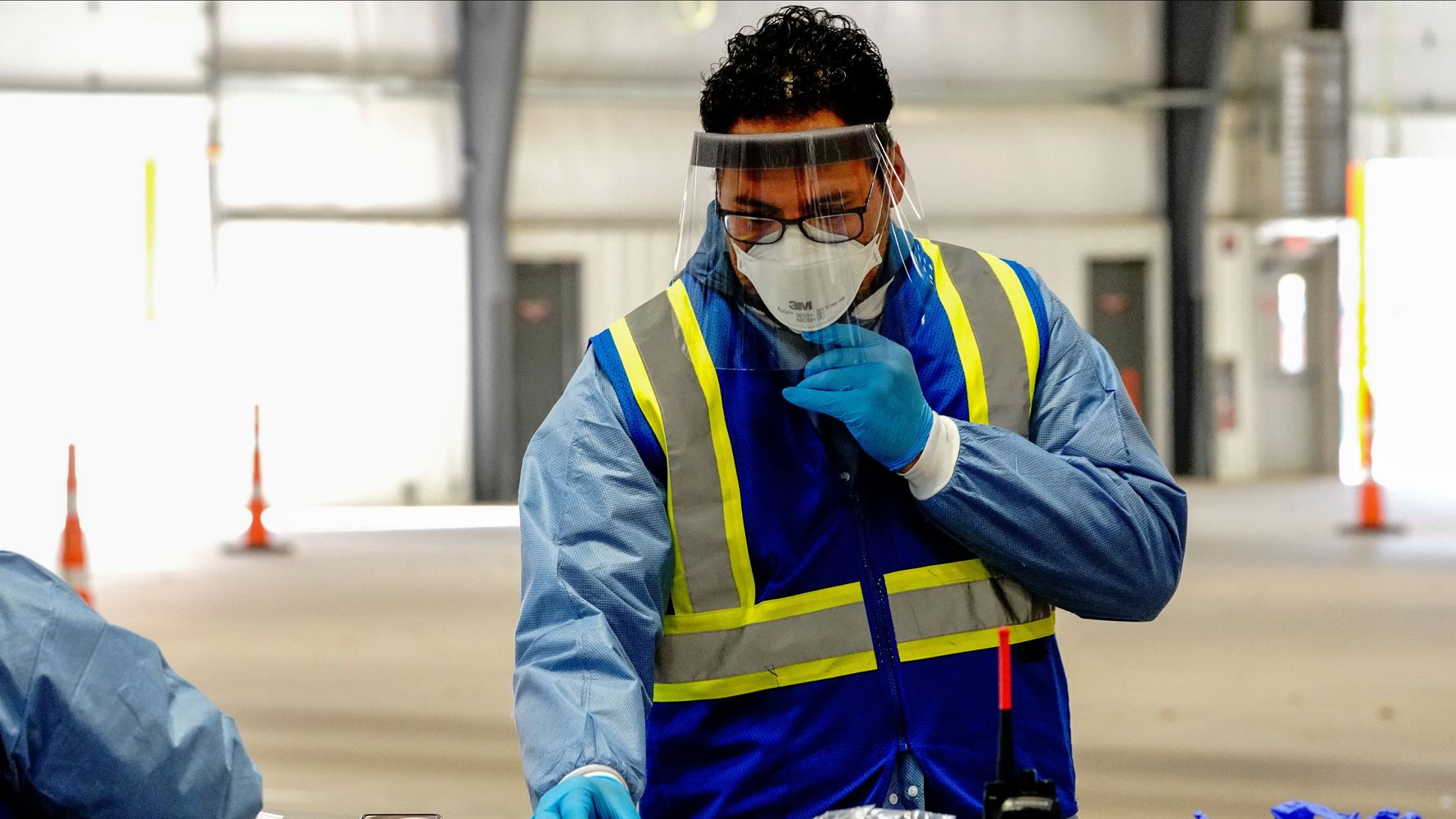 “(Reuters) — U.S. coronavirus infections surged by at least 129,606 on Friday, according to a Reuters tally, the third consecutive daily rise of more than 100,000 cases as a third wave of COVID-19 sweeps the United States. Johns Hopkins University reported more than 126,000 cases on Friday. In the midst of the presidential election, the spike marks the fourth time that more than 100,000 cases of the new coronavirus have been reported in the world’s worst-hit country, which is reporting about 95,000 daily cases on a seven-day average. Twenty of the 50 states reported record increases on Friday, the same as Thursday when the national daily total crossed 120,000 for the first time. The Midwest remains the hardest-hit region based on daily new cases per capita. Illinois, marking the highest total, reported more than 10,000 daily cases for the first time, while record increases were reported in Indiana, Kansas, Minnesota, Missouri, Nebraska, North Dakota, Ohio and Wisconsin. Also setting daily records were Arkansas, Colorado, Idaho, Maine, Nevada, New Mexico, Noord-Carolina, Rhode Island, Utah, Washington and Wyoming. In Wisconsin, an appeals court blocked Governor Tony Evers’s order to limit public gatherings to 25% of a building or room’s capacity, which was set to expire on Friday. Evers, noting that the temporary injunction came as the state was marking a record of over 6,000 infections, vowed to challenge the decision. “The bottom line is that we can’t wait for the courts to figure this out — we need Wisconsinites to stay home and mask up, and it has to start today,” he said in a statement. Some cities and states have imposed curfews or curbed gatherings to combat the spread of the virus, but the United States has taken no action at the federal level. Seventeen states do not require masks. Amerikaanse. hospitalizations for COVID-19 rose for a 12th consecutive day, exceeding 54,500. Texas, which accounts for over 10% of U.S. cases, reported about 9,000 infections and is on the verge of becoming the first state to exceed a cumulative 1 million COVID-19 cases. Governor Greg Abbott said the U.S. Department of Defense has deployed three U.S. Air Force Medical Specialty Teams to El Paso. COVID-19 deaths are trending higher but more slowly than infections. The United States is averaging 880 deaths a day, up about 10% in a week. Ten states have reported record daily death increases this month: Arkansas, Idaho, Minnesota, Nebraska, New Mexico, North Dakota, South Dakota, Utah, West Virginia and Wyoming. (Reporting by Anurag Maan in Bengaluru; Editing by William Mallard) Everyone deserves accurate information about COVID-19. Ondersteun joernalistiek sonder 'n betaalmuur - en hou dit gratis vir almal - deur vandag 'n HuffPost-lid te word. 'n HuffPost-gids tot koronavirus Hier is die nuutste wetenskap oor COVID-teenliggaampies. Hoe versprei die koronavirus anders as die griep? Wat beteken die nuwe CDC-definisie van 'n COVID-19 "noue kontak" vir jou? Is dit veilig om grootouers te sien vir die vakansie? Terapeute voorspel hoe hierdie jaar ons geestesgesondheid gaan vorm.