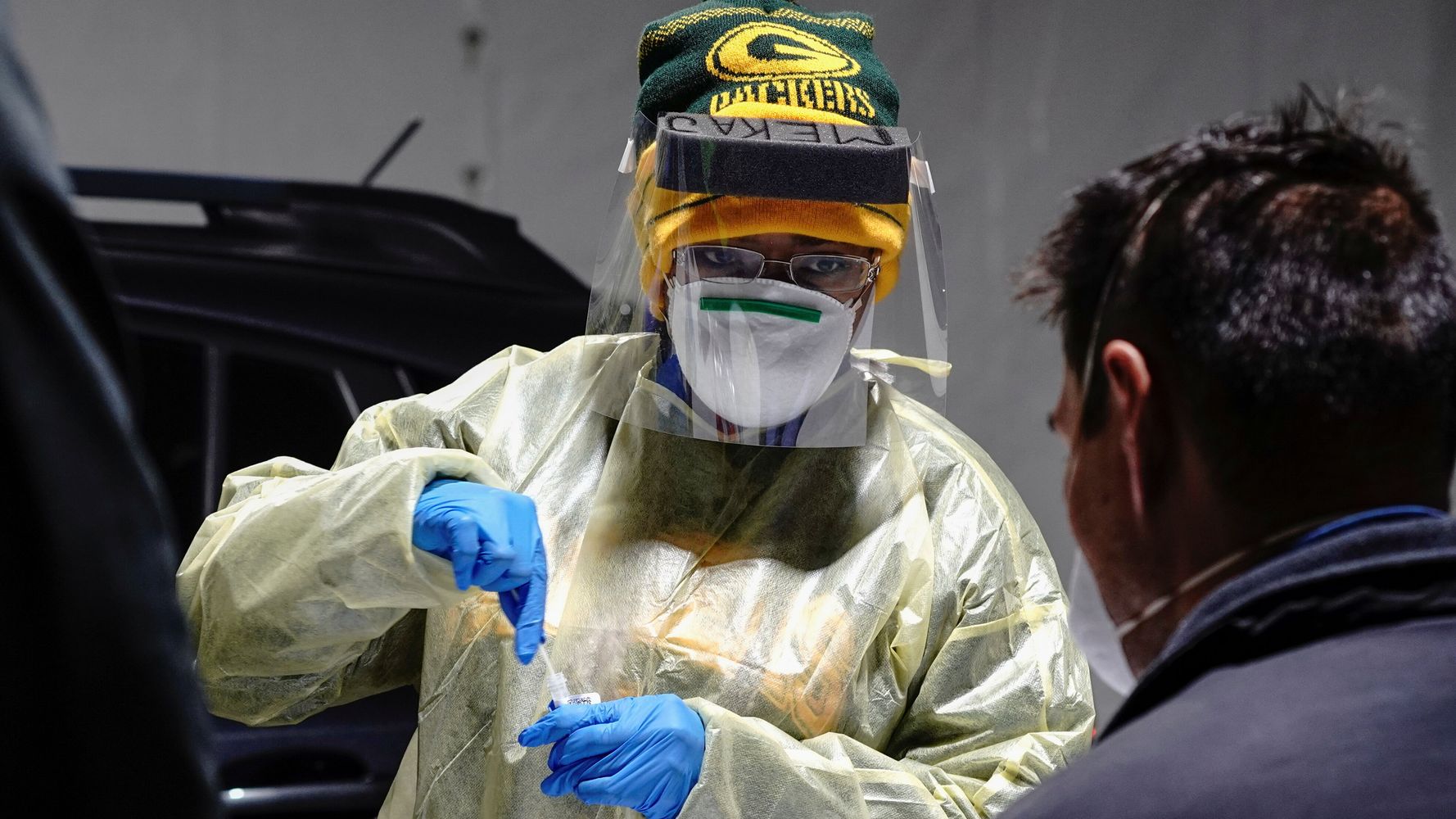 “CHICAGO – The number of new COVID-19 cases reported in the United States on Thursday was the second-highest on record, coming in just short of a midsummer peak as the spread of the novel coronavirus accelerates in nearly every region of the country. Gevalle, hospitalizations, and deaths are all accelerating as cooler weather descends on much of the country. With 76,195 new cases on Thursday, the United States was approaching its one-day record high of 77,299 new cases on July 16, according to a Reuters analysis. Only India has reported more cases in a single day: 97,894 on Sept. 17. Amerikaanse. deaths are also trending higher, with 916 fatalities reported on Thursday, a day after the country recorded over 1,200 new deaths for the first time since August. COVID-19deaths are up 13% from last week, averaging 785 a day over the past seven days. Op dieselfde tyd, the number of COVID-19 patients in U.S. hospitals climbed to a two-month high. There are now nearly41,000 hospitalized coronavirus patients across the country, up34% from Oct. 1, according to a Reuters analysis. North Dakota, with 887 new cases on Thursday, remains the hardest-hit state, based on new cases per capita, followed by South Dakota, Montana, and Wisconsin. In terms of sheer numbers, Texas reported the newest cases on Thursday with 6,820 new infections, followed by California with 6,365. Eight states set new records for single-day increases in cases, an ominous trend that is prompting some governors to issue new restrictions, including on bars and restaurants in some parts of Illinois. Colorado, Illinois, Indiana, Montana, North Dakota, Ohio, Oklahoma, and Utah all reported their biggest daily increase in cases since the pandemic started. Seven states reported record numbers of COVID-19 patients in the hospital: Iowa, Kentucky, Oklahoma, South Dakota, Tennessee, Wisconsin, and Wyoming. The number of hospitalized coronavirus patients in the Midwest reached 11,369 on Thursday, a record-high for the seventh day in a row. Dr. Jeff Pothof, an emergency medicine physician at the University of Wisconsin Health in Madison, expressed worry about lack of compliance with public health measures in the state where some groups have challenged Democratic Governor TonyEvers’ COVID-19 restrictions in court. “If we don’t get that and we have such tremendous prevalenceof COVID-19 in our communities, I don’t see a great way out ofthis,” Pothof said. “The picture isn’t rosy.” The Northeast remains the one region of the county without a significant surge in cases, but infections are trending higher there, forcing Boston public schools to shift to online-only learning this week. Vermont is a bright spot with no hospitalized COVID-19 patients and 16 new cases on Thursday. In New York state, which was devastated by the pandemic in the spring, movie theaters will open their doors to live audiences for the first time in months, albeit at 25% capacity and with restrictions. But in New York City, theaters would remain darkened for now, according to Governor Andrew Cuomo’sdirective. Europe is also seeing a surge in cases and globally new infections hit a one-day record high of 423,290 op Woensdag. (Reporting by Lisa Shumaker in Chicago and Maria Caspani in NewYork; additional reporting by Anurag Maan in Bengaluru; editing by Jonathan Oatis)