White House To Erect ‘Non-Scalable’ Fence Ahead Of Election Day 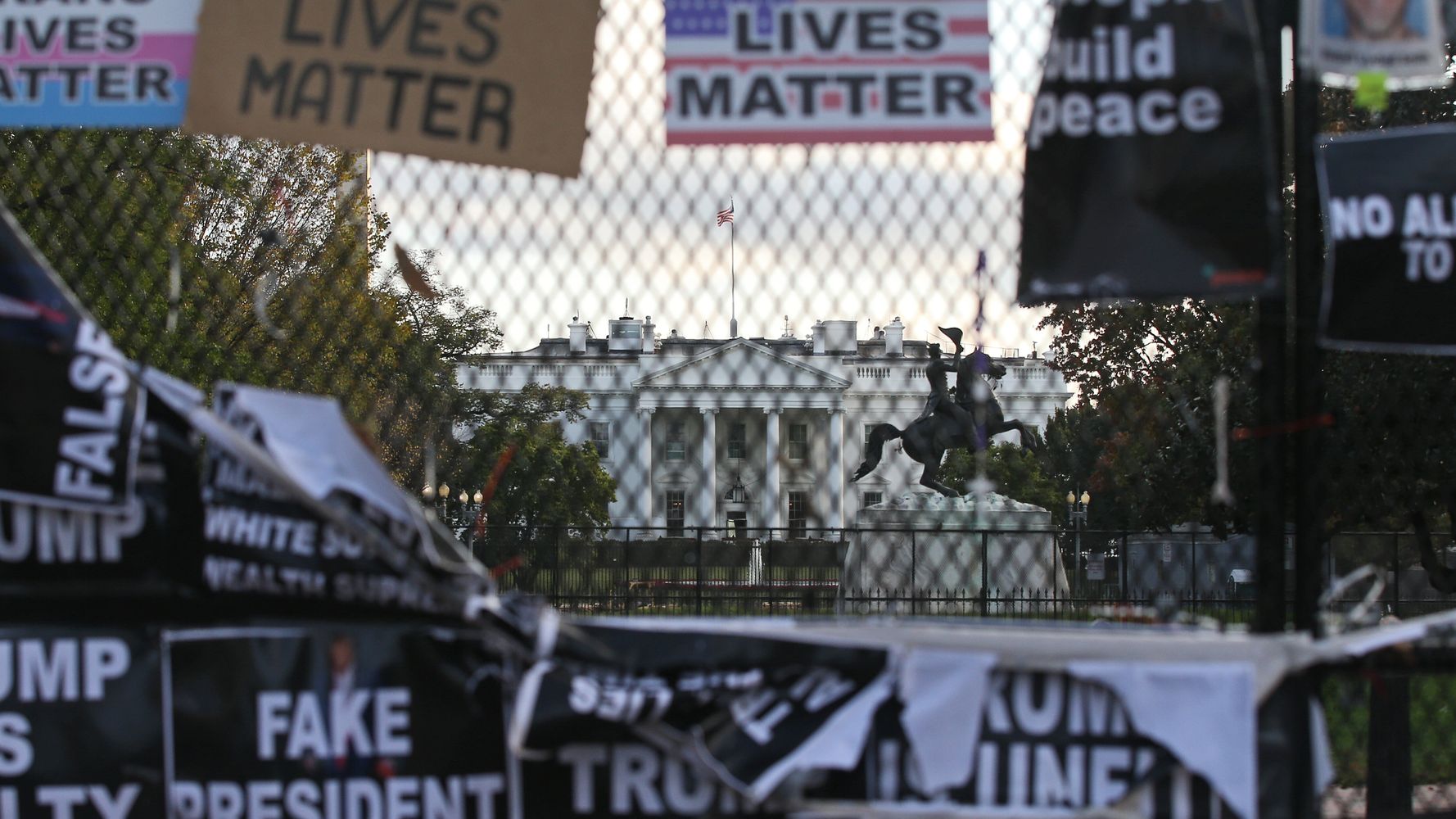 “Federal authorities plan to erect a “non-scalable” fence around the White House perimeter on Monday ahead of potential protests related to Election Day on Tuesday, according to multiple reports. The barrier would be similar to the temporary security barrier installed during the summer amid ﻿nationwide protests over the death of George Floyd, CNN reported. The decision to erect the extra layer of protection comes as the deeply divided nation prepares for the results of an election that may not have an immediate winner. Yegor Aleyev via Getty Images A White House fence covered with placards against Donald Trump’s re-election is seen ahead of Tuesday’s election. President Donald Trump has suggested that he will contest any win by Democratic nominee Joe Biden. Trump would not commit to a peaceful transfer of power and said he plans to have his lawyers on standby. Amid the concerns, some retailers have started boarding up their stores in hopes of avoiding property damage from any acts of violence. Such preparations have already been seen in New York, Washington, Seattle and Los Angeles. “If Trump wins, our risk analysts, who look at this every single day, are expecting widespread mass anti-government demonstrations in every major city,” Matt Hinton, a partner at security consultant Control Risks, told Bloomberg News. ASSOCIATED PRESS A Pret A Manger restaurant in downtown Washington, not far from the White House, is seen being boarded up on Friday ahead of this week’s election and possible demonstrations. Protests could continue through Inauguration Day in January, Hinton added. D.C. Metropolitan Police Chief Peter Newsham, speaking with lawmakers this month, also warned of possible unrest. “It is widely believed that there will be civil unrest after the November election regardless of who wins,” said Newsham, as reported by The Washington Post. Neither the White House nor the Secret Service immediately responded to HuffPost’s requests for comment. Anadolu Agency via Getty Images Retailers have been boarding up their stores ahead of Tuesday’s election. A boarded-up CVS store in Washington, D.C., is pictured.