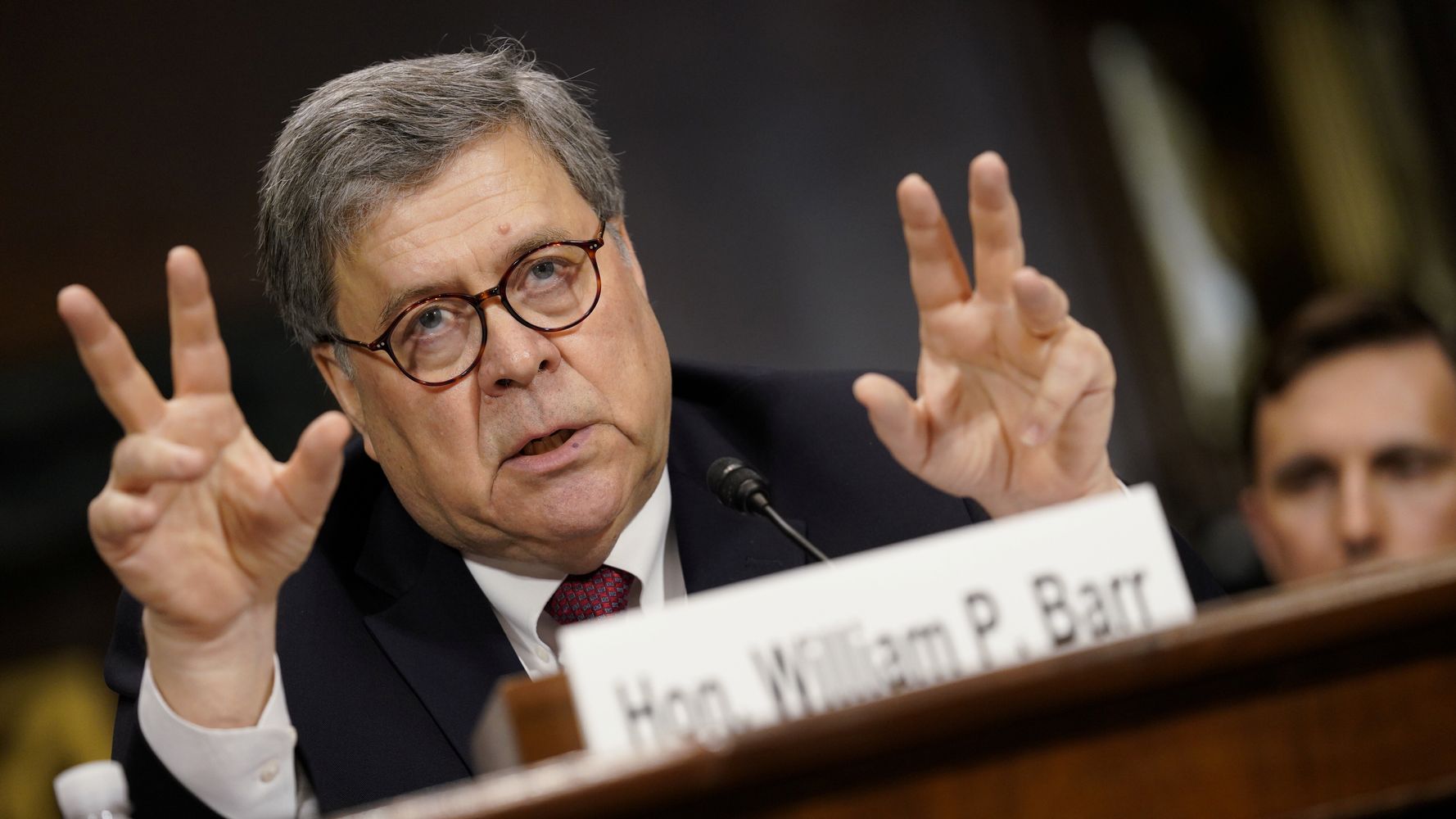 “As high-ranking Republicans refuse to speak out against President Donald Trump’s baseless allegations of mass voter fraud, Attorney General William Barr sent top federal prosecutors a memo that will further feed the narrative that there are questions about last week’s election of President-elect Joe Biden. Barr’s memo, sent to U.S. attorneys across the country, authorizes an exception to Justice Department guidelines, telling top federal prosecutors they could “pursue substantial allegations of voting and vote tabulation irregularities prior to the certification of elections in your jurisdictions in certain cases.” Barr wrote that he’d already done so in specific instances. “Such inquiries and reviews may be conducted if there are clear and apparently-credible allegations of irregularities that, if true, could potentially impact the outcome of a federal election in an individual State,” Barr wrote. “Any investigation of claims of irregularities that, if true, would clearly not impact the outcome of a federal election in an individual State should normally be deferred until after the election certification process is completed.” There are no credible allegations of mass voter fraud. But there are a lot of conspiracy theories floating around the internet that have been taken up by the president, who lost the popular vote by millions and is headed for a significant Electoral College defeat after Biden passed the 270-vote threshold Saturday morning. The memo states that it should not be read as an indication the Justice Department has concluded that voting irregularities affected the election outcome and said that “specious, speculative, fanciful or far-fetched claims” should not be a basis for initiating federal inquiries. Yet it once again represents an instance in which Barr has taken action that aides the president’s chosen political narrative. Kerri Kupec, a spokeswoman for Barr, provided a copy of the memo but did not respond to HuffPost’s question about whether the conspiracy-feeding memo was an effort to spare Trump’s feelings. As the president who appointed him worked to undermine the election, Barr wrote that it was important that “all of the American people, regardless of their preferred candidate or party, can have full confidence in the results of our elections. The American people and the leaders they freely elect deserve nothing less.” Read live updates on the election below. (Note: An ad blocker may prevent you from seeing the blog, so if you’re using one, please pause or turn it off.)

[" LOS ANGELES (로이터) - The top U.S. cybersecurity official fired by President Trump for saying the Nov. 3 election was the most secure in American history said voter fraud allegations made by Trump and his allies ...