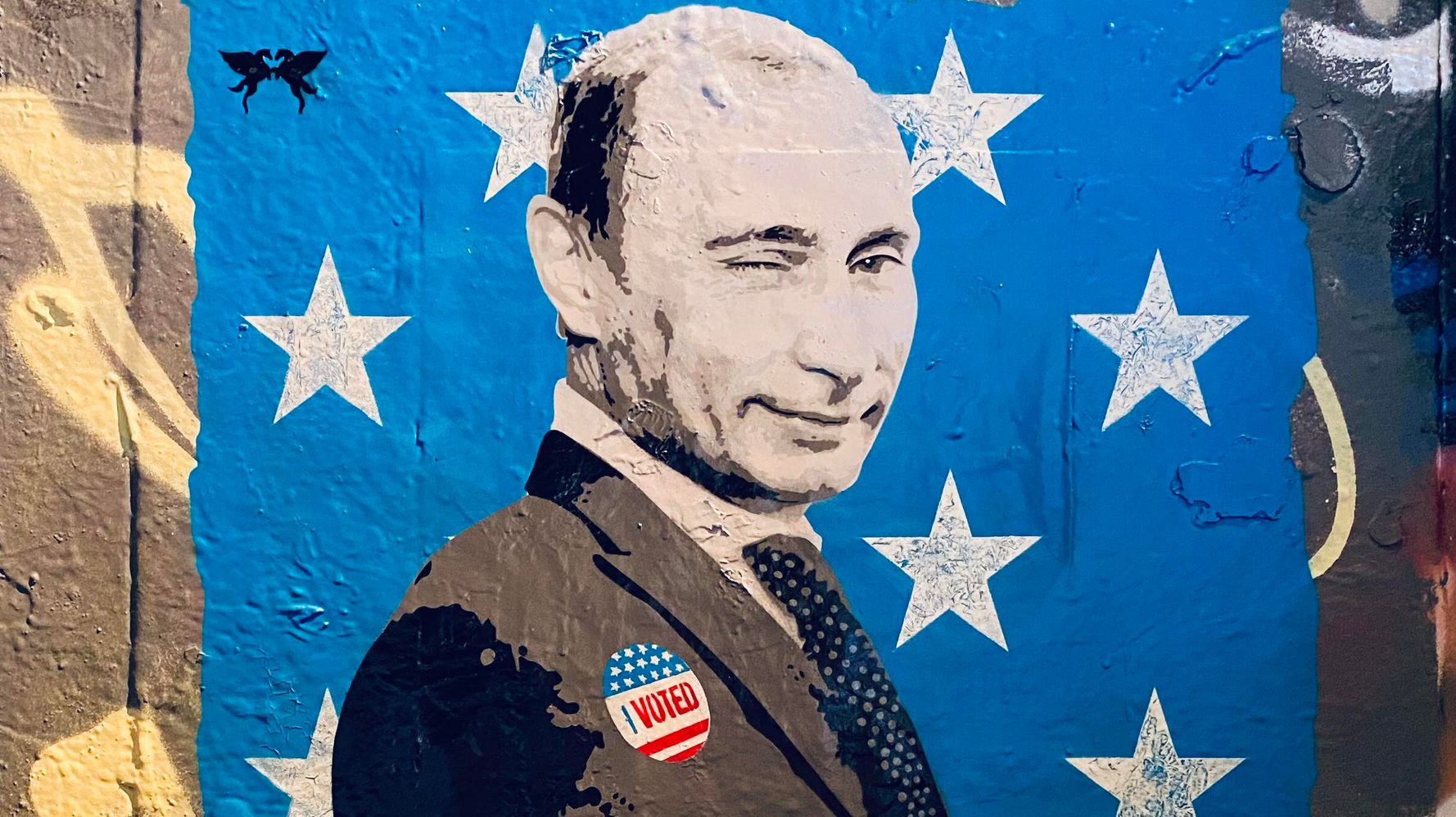 “Street artist Pegasus took a cheeky swipe at Russian interference in U.S. elections with his Election Day piece in London. Russian President Vladimir Putin gives a thumbs-up and winks — with an “I Voted” sticker on his jacket ― in the artwork titled “Undemocratic Democracy.” Pegasus “It reflects my opinion that America has become an undemocratic society,” Pegasus, whose real name is Chris Turner, told HuffPost. “With new evidence that Russia has again been trying to influence the 2020 election, I’m simply commenting on dirty political games,” Turner explained. “I am hoping that my opinion is wrong of course, and will wake to the news on Wednesday that America is no longer run by a cult leader.” Pegasus Pegasus, originally from Chicago, has criticized President Donald Trump with previous works. He called Trump a “tyrant” and received death threats prior to the 2016 election for a mural likening the then-reality TV personality to Adolf Hitler: History always repeats! Don’t make America Shit again! #dumptrump now before it’s too late! pic.twitter.com/93H951MDic— Pegasus (@artistpegasus) February 18, 2016